In this section you will find: 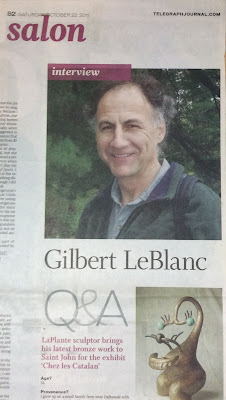 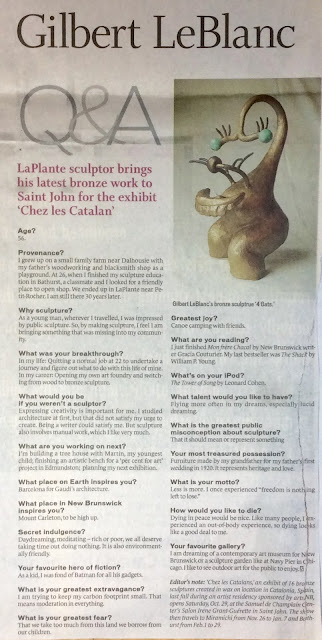 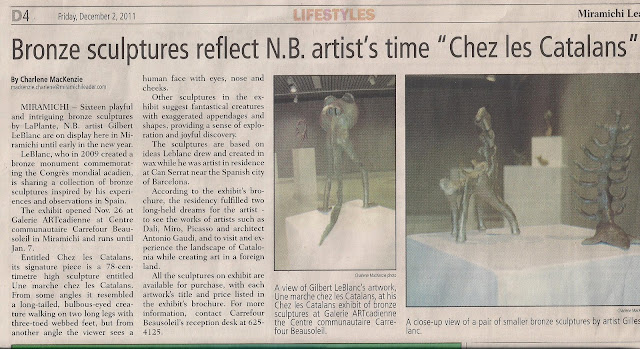 b) Biography of Gilbert LeBlanc

Gilbert LeBlanc was born and raised in a small community near Dalhousie, New Brunswick, in grade 12 he was introduced to visual art as it was offered for the first time in the school. Becoming a full time artist did not seem possible at the time so Gilbert studied architecture at the New Brunswick Institute of Technology in Moncton. After realizing architecture would not fulfill his appetite for creativity he traveled and became aware of the importance of art elsewhere in the world. When he returned from a stay in Vancouver he took a formation in wood sculpture offered one time only in Bathurst NB by Québec artists in collaboration with the NB craft school. Even before the second year of training LeBlanc decided to earn his living with sculpture, he bought a shop with a partner, participated in the organization of a craft co-op and several arts and craft shows and eventually was the founding president of “l’Association des métiers d’art acadiens”. LeBlanc showed several times a year in during the 80’s. He took as many work shops as he could and traveled furthermore to make up his art education. He shares what he learned by giving formation in sculpture for students on occasion.

As a young child Gilbert LeBlanc often watched his father blacksmithing, metal work attracted him. In 1992, after training with Clair Brunet of the Ontario College of Art, LeBlanc started his own art foundry in LaPlante near Bathurst NB. He made art casting more accessible for other sculptors in the province.

After a figurative series about family life, LeBlanc came back to abstract art at the turn of the millennium. NB art grant helped to make a series of sculptures exploring the percussive quality of bronze in 2002 and in 2004 to produced sculptures inspired by splashes of molten bronze he collected from his foundry floor. LeBlanc’s most recent bronze sculptures use invented plantlike form to express thoughts and feelings.

Gilbert LeBlanc is a member of l’AAAPNB (Association acadienne des artistes professionnels), since 1995 he is presently representative for the visual artists. He is also on the board of AGAVF: a national association of francophone visual artist groups. In 2006 he was honorary president and held the major exhibit at Festival d’arts visuels de l’Atlantique in Caraquet, NB. This annual event brings together over 50 artists and attracts 8,000 visitors. LeBlanc’s last show was hosted in 2007 by the Louise-et-Reuben-Cohen art gallery on U de M campus in Moncton and the Restigouche Gallery in Campbellton. He showed a different version at Galerie Coline in Edmundston and in Petit Rocher in 2008. He was nominated for the visual artist of the year award at the Éloize in 2007 and 2008.

LeBlanc created a sculpture for a public building in Charlottown PEI in 2008, in 2009 he was commissioned a 2.6 meter spherical bronze monument installed in Nigadoo,NB to honor the founder of the Congrès Mondial Acadien. From an artist residencie in Can Serrat near Barcelona in the fall of 2010 he produced Chez les catalans, an exhibit that toured until 2012. LeBlanc participated in a Symposium in 2009 an 2012 and produced an artistic bench for Edmundston, NB. 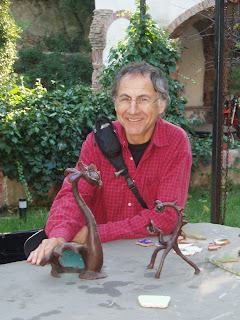 Gilbert LeBlanc with sculptures created in wax in Can Serrat on october 25th and 26th, 2010

PROFILE
Gilbert LeBlanc became full time artist in 1981, he own and operate an art foundry near Bathurst, New Brunswick in Canada since 1992. 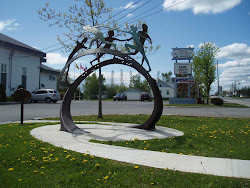 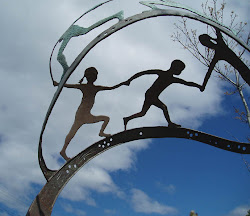 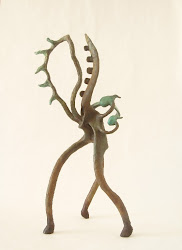 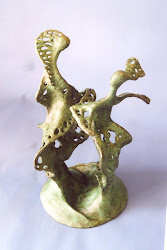